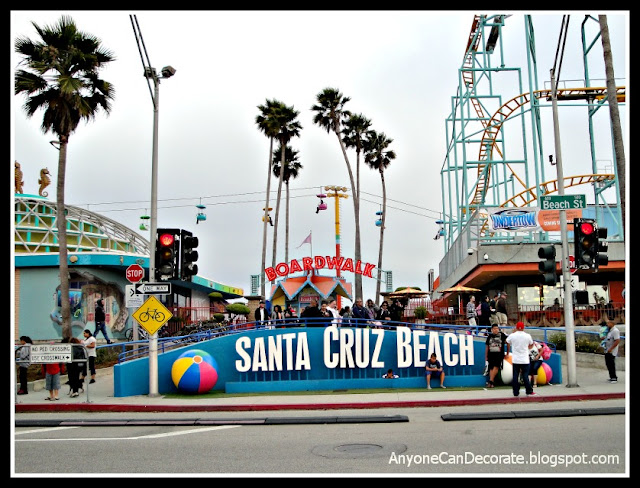 After the prior day of river rafting on the Rogue River in Oregon. Which there aren't any pictures of since cameras don't go well with being on the river (basically, I don't own a waterproof one).  We drove for most of the day to arrive late afternoon in Santa Cruz, California.  Santa Cruz is a beach town on the Central California coast, about an hour South of San Francisco.

On our drive, I surprised my husband with a late lunch at one of his favorite places.  Fuddruckers - Home of the Worlds Greatest Hamburgers.  That is what their logo says and I completely agree.  I found only one Fudds on our entire trip route, in the San Francisco Bay area.  So I had pre-planned this stop en-route.  We only get to eat at Fudds a couple of times a year since we don't have one too close to home.  So, Jim was very happily surprised!  Note: if you ever go to one, they have the BEST most amazing Turkey Burger! 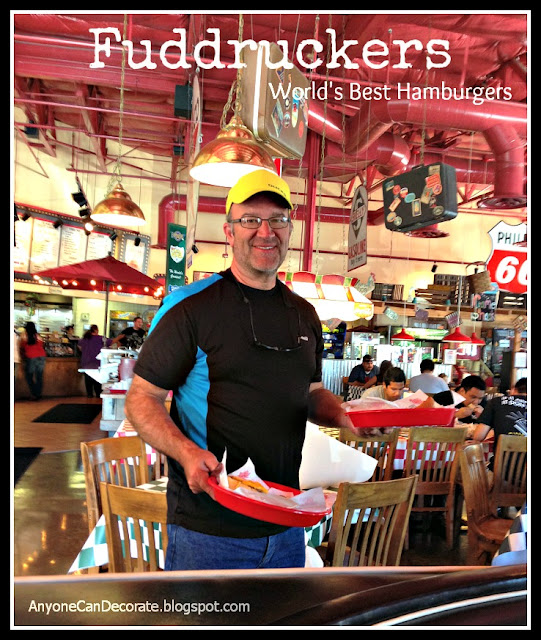 About an hour after lunch we arrived in Santa Cruz and decided to check out the famous Beach Boardwalk and the Pier. 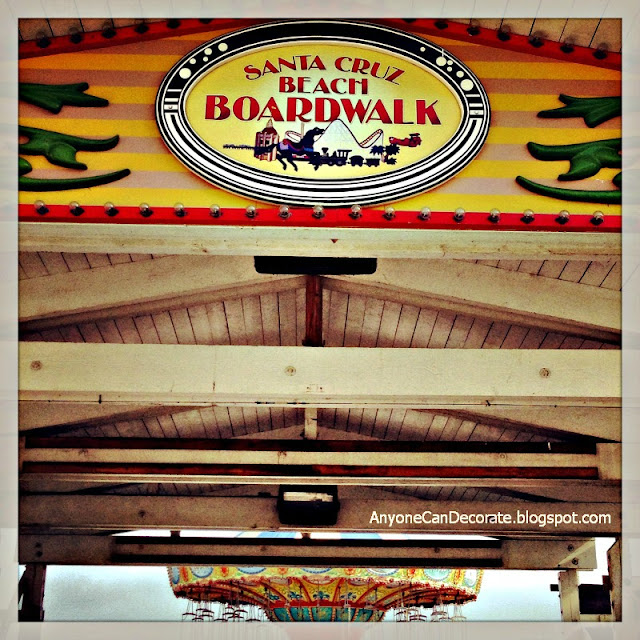 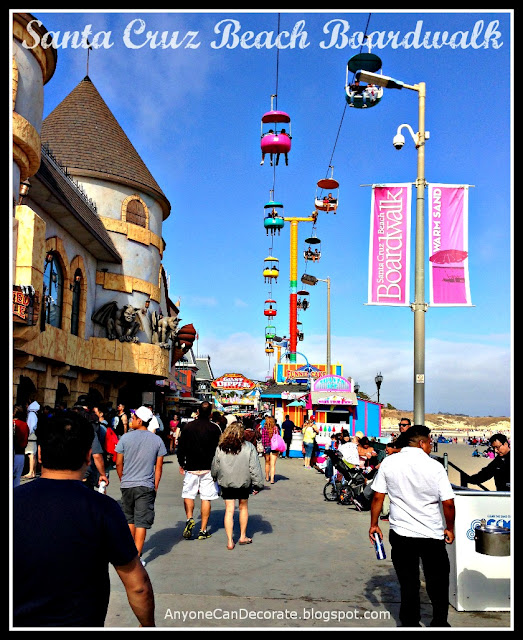 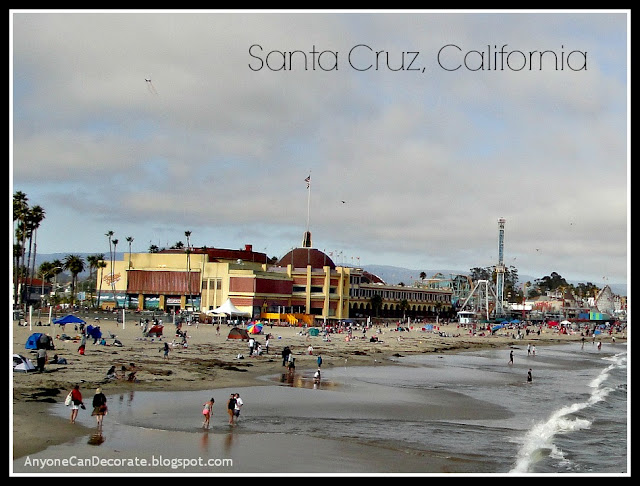 I kept hearing sea lions making noise under the pier.  I was leaning over the end of the pier hoping to see one when my hubby saw large openings in the center of the pier where we could look down and see dozens of sea lions hanging out.  Shortly thereafter we found a staircase that led down to a small dock where we were able to get up close with many of them.  It was amazing to be so close and they had no fear of all of the people near them. 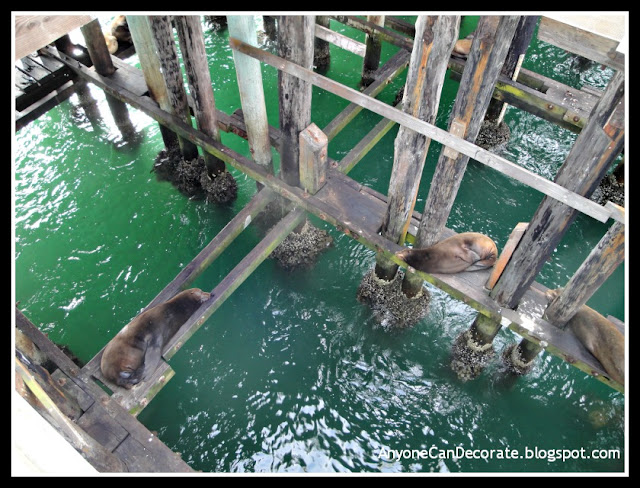 I was standing about five feet from the sea lions to take this next picture.  The sea lion with it's nose it the air seemed to be posing for us (or more likely enjoying the ocean breeze)... 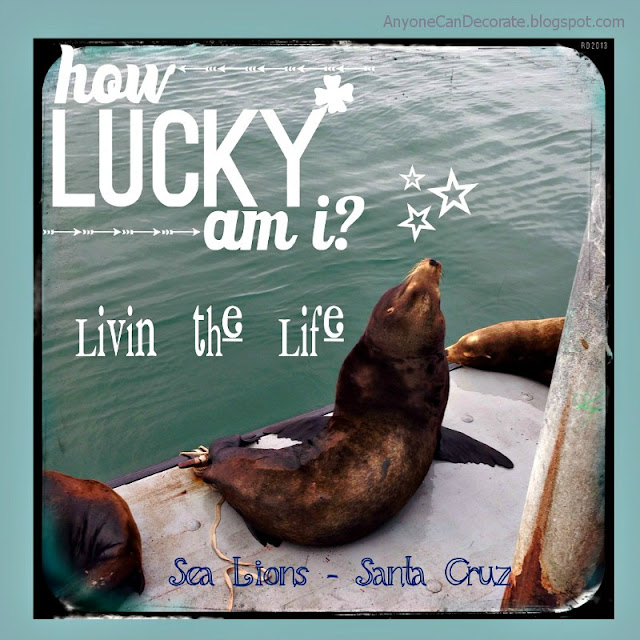 We saw this amazing sand art next to the pier.  The sofa was life size.  Entire families would sit on it and take photos.  Then the artist would repair any damage to the sand couch between sittings. 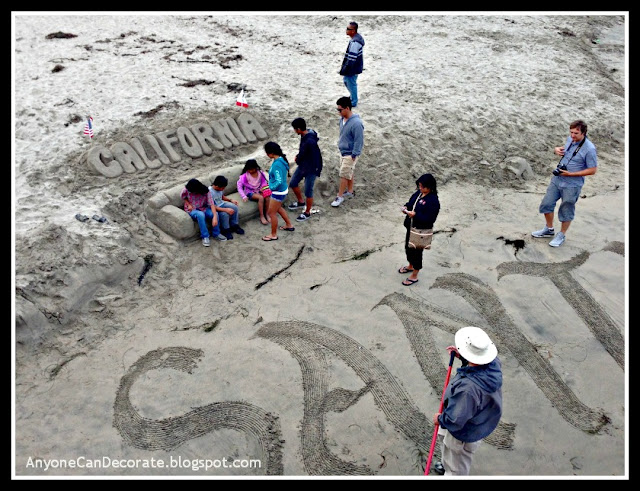 After exploring the boardwalk, walking down the pier and taking tons of pictures, we found a restaurant and got some clam chowder (my favorite soup) to go.  We headed to Marina, California (about a 35 minute drive, to the central Monterey Bay area) to check in to our hotel for the evening.  Relaxing in a comfy bed and eating chowder was the perfect end to our day! 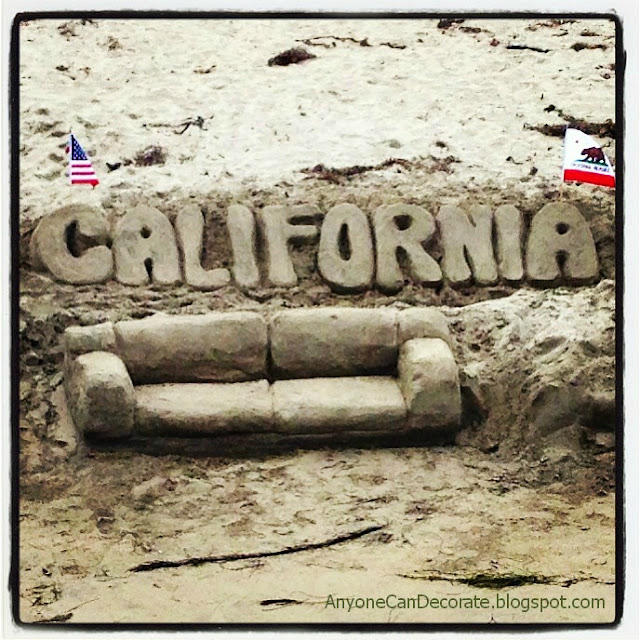 Next stop... Monterey and the Monterey Bay Aquarium.