I've discovered a trick to remove that stubborn toilet bowl ring and hard-water deposits from the toilet without using harsh chemicals... and it only costs .25 cents :)  We have three bathrooms in our house.  Being that it's just my hubby and I, we very rarely use our third bathroom and so it sits over a month sometimes before someone even goes into it.  We have hard water and when the toilet just sits for long periods of time, a hard water scuzzy ring develops around the top due to lack of use.  I've  tried to clean it with liquid toilet bowl cleaner and with Comet but have had absolutely no luck.  I didn't really want to have to buy expensive chemical cleaners then I got an idea.  I've used this same method to clean the hard water and soap scum out of my dishwasher, so I figured it might work in the toilet too.

This is a picture of the toilet ring after I had already tried standard toilet cleaners on it.  (Yuck, I know, but I had to show you so you could see the difference!) 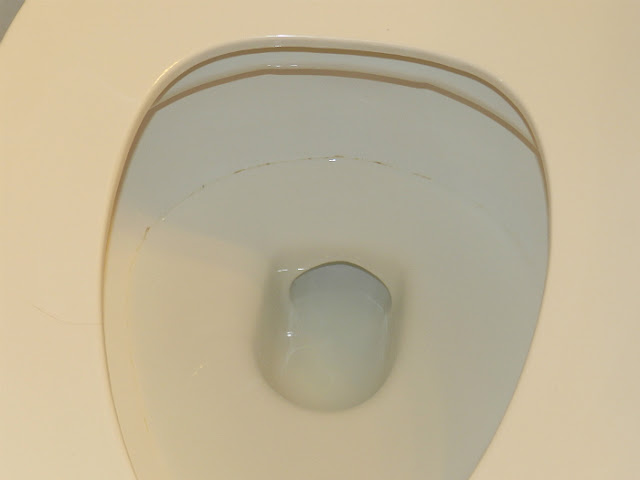 My .25 cent magic easy cleaner is Lemonade Kool-Aid (unsweetened).  Because of the citric acid that is in it, it breaks down the hard water deposits with very little scrubbing. 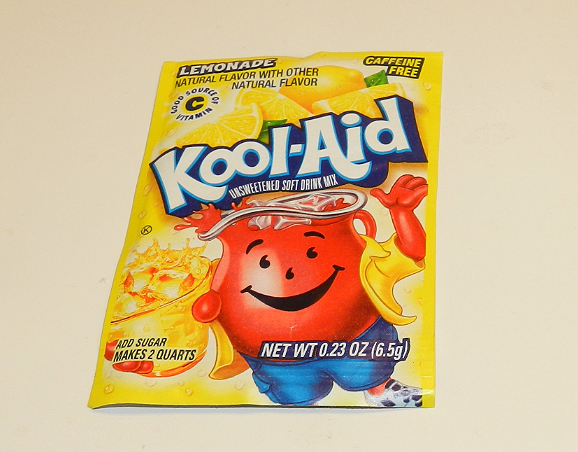 First I flushed the toilet so water would be on the side walls for the powder to stick to.  I waited a minute for the water to settle and then sprinkled the Kool-aid around the edges.  (It looks kinda nasty, but remember it's just lemonade).  I let it sit for about an hour before taking the toilet brush to it and swishing it around to scour the sides. 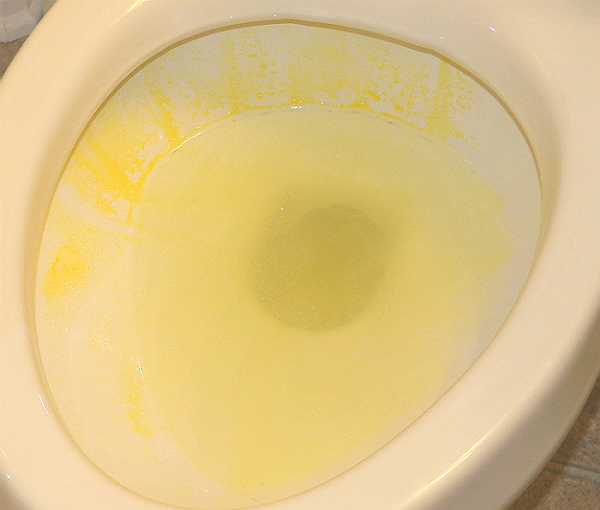 After basically making lemonade in the toilet, I let it sit in the toilet another hour, then one last time around with the toilet brush and I flushed.  I can't believe how clean it is (next picture).  I can't say that it took away 100% of the ring, but it did remove about 95% of it.  I am going to buy a few more Kool-aid Lemonade packets from my grocery store and do this one more time to remove the last of any residue.  Then I will do this same process on my other two toilets :)  I love that I didn't have to use any harsh smelly chemicals!  I suppose this would be considered "GREEN" cleaning :)  Then again, is Kool-aid friendly to the environment?  Since we drink it, I hope so!!! 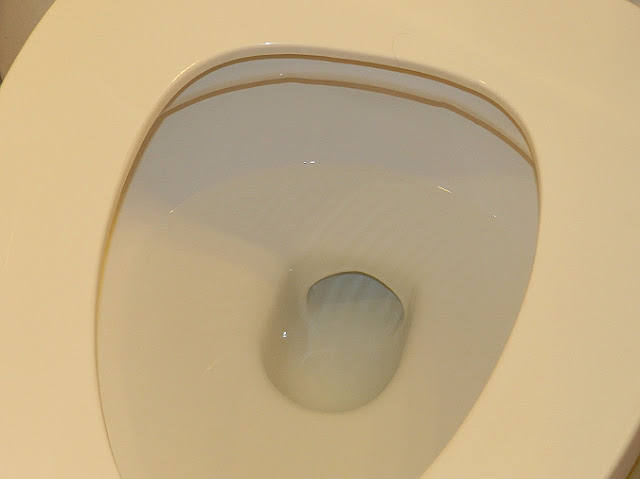 Note: Keep in mind that the Kool-aid trick is specifically for removing the ring and hard water deposits.  It does not replace a cleaning product for sanitizing the germs.

HOT TIP #2 -  Use the same packet of Kool-aid (unsweetened Lemonade) in your dishwasher to remove the white soap scum and hard water build up inside the machine.  Using an empty dishwasher, put the lemonade powder into the detergent cup and then just run a normal cycle.  I do it about once a year and it keeps my dishwasher looking brand new!  If the build up in your dishwasher is severe, just do the process two or three times.  It will sparkle like new :)